Binder Lake was artificially formed by the exploitation of clay-sand materials for the manufacture of bricks. Mining began approximately after the 1920s and continued until 1958-1959 when the Binder Brick Factory was closed.

The pit resulting from the exploitation was filled with water, from the groundwater and from the precipitation, resulting in time the Binder Lake, named after the owner of the brick factory Gustav Binder.

The development of Binder Lake and the area around the lake began in 2017, when the feasibility study for this project was prepared. At beginning the shores and the lake were sanitized, by excavating, cleaning and disposing of the waste collected over time. Dredging of the mud deposits was also carried out, as well as arrangements necessary to ensure sufficient depths for water sports and the development of a sandy and bathing beach area.

The landscaping was completed in the fall of 2021, creating a new sports base for water sports, as well as a relaxation and leisure area. Today, Binder Lake has an area of ​​over 37.000 square meters, a perimeter of more than 800 meters and a maximum depth of over 12 meters.

The exploitation of clay-sandy materials for the manufacture of bricks has begun.

The brick factory was closed. The resulting pit was filled with water, resulting Binder Lake.

The feasibility study for this project has been prepared and the development of the Binder Lake Complex have started.

In the autumn of 2021, the works were completed.

Inauguration of the Binder Lake Complex. 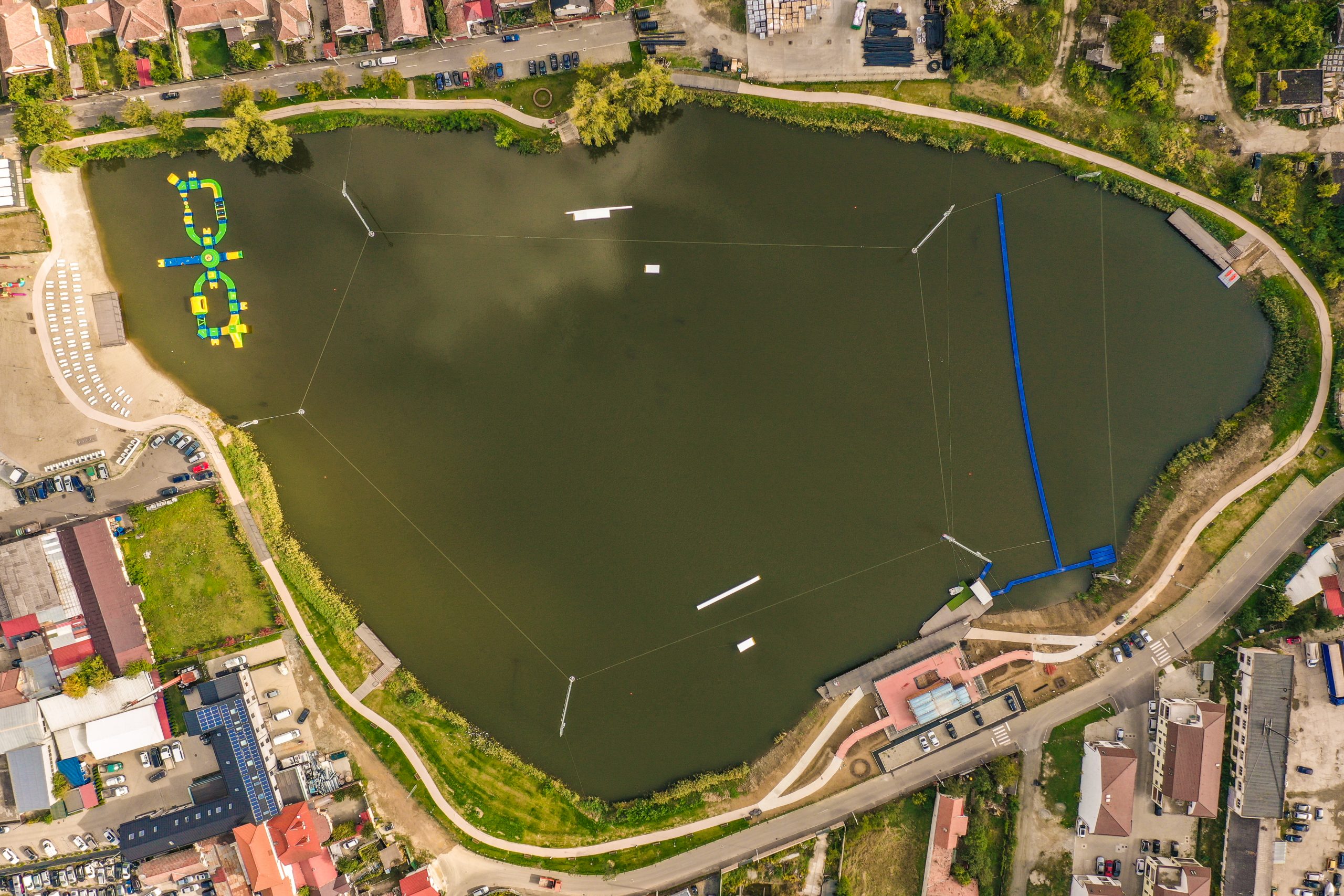